The History of Carpooling

Ridesharing or carpooling began as a conservation method to save rubber, gas, and wear-and-tear on vehicles during the Second World War. In the 1940s, before computer databases and automated matching, the U.S. Office of Civilian Defense operated a Car Sharing Club Exchange and Self-Dispatching System. Participants would fill out a card at the Exchange Office with their contact information and commute hours, and it would be filed by geographical area. Other individuals looking for a match would have to sort through all the cards to find rides or passengers that met their criteria. 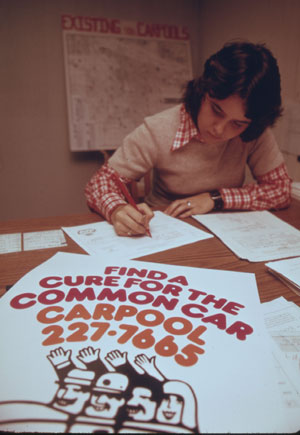 The matching process improved a bit after the American Oil Crises when the first metropolitan rideshare services were set up after 1974. People could register by mail or phone. Staff would look up their location on a map, marking it with a pin, grouping volunteer riders and drivers together. The service would assist with matching, reducing the burden on volunteers from the previous era. Mainframe and mini computers were initially used with data input via punch cards. Personal computers were still in their infancy, not coming into use for rideshare matching until the early 1980s. They used character-based interfaces, and locational searching was very crude.

Breakthroughs started happening in the late 1980s, when carpooling software was further automated with geocoding through locally managed street databases. Geocoding is the process of transforming an address into a location on the Earth’s surface. Now location matches could be done with far greater automation, accessing a regional volunteer contact database.

Jumping ahead to the early 1990s, rideshare service staff could now register participants for a local rideshare program on a computer that featured a graphical user interface, complete with map representation. With the growth of the internet a few years later, people could access registration and ride matching through public websites by 1997. Mobile responsive websites and apps came to prominence in 2008. 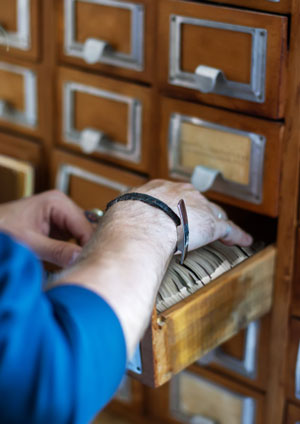 The greatest benefits of all these software improvements is the time it saves rideshare program administrative staff, and how it has improved match response time. In the 1970s it could take two weeks for a participant to get their ridematching results – now it’s instant, interactive and automatic. Commuters have greater access to better quality matches and can communicate with each other directly. The software continuously looks for new matches, sends out push notifications, and allows the two parties to communicate via text.

It sure beats calling or mailing a stranger off an index card!

Dan Bower is TripSpark’s Rideshare Product Manager working from TripSpark’s office in Pittsburgh, PA. His goal is to work alongside governmental and private organizations to increase the transportation options of employees and city workers. By building relationships and products designed around the specific needs of his clients, he advocates for Ridesharing solutions in order to decrease the carbon footprint of organizations while increasing community engagement and awareness of the many transportation options available.